In Benimussa Park you can live unforgettable experiences. 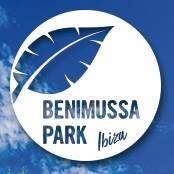 Its original and fun events during the summer months have become benchmarks on the island. Benimussa Park opened its doors in 1975 as an old zoo, an essence that has remained intact and to which they pay tribute every Sunday at The Zoo Project, where for more than ten years they have made both residents and tourists dance. This beautiful open-air place has different areas such as the swimming pool, the green areas or the closed club where the party continues until the end.

Please subscribe to receive email updates about our awesome events!

Thank you for subscribing to our calendar!