One of the most internationally known nightclubs

renowned on the island of Ibiza 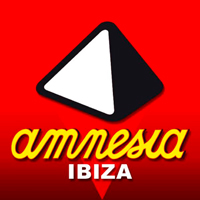 Amnesia Ibiza, founded in 1970, has been awarded several times and is considered one of the best clubs in the world. It was in 2007, 2008, 2009 and 2011 that it was chosen as the best club in the world by the International Dance Music Awards in Miami. Amnesia Ibiza stands out for the quality of its sound and lighting and for its two dance floors. Many of the best DJs in the world have passed through her cabin, including Sven Väth, Chase & Status, Luciano, Carl Cox, Paul Van Dyk, Skrillex and Diplo. The unstoppable nightclub has also seen performances by Underworld, Public Enemy, Tinie Tempah and 50 Cent, among others.

Clubbing lovers are in luck, we already have the first dates of the party calendar for the next summer season 2021. Still immersed in the...

Please subscribe to receive email updates about our awesome events!

Thank you for subscribing to our calendar!